Derek Chauvin, the Minneapolis police officer who killed African American George Floyd has been sentenced to 22 and a half years.

Judge Peter Cahill pronounced the sentence on friday, 13 months after people across the globe watched the grim video of Floyd, dying under Chauvin’s knee, and saying languidly: “I can’t breathe”.

In giving the sentence, Cahill said he considered the prosecutors’ request for 30 years, several aggravating factors, and the defense request for a lesser sentence as low as probation, before making his decision.

CHECK OUT: 5 Footballers Who Own Football Clubs

He also read and listened to victim impact statements from family and loved ones, and reviewed the pre-sentence investigation.

Cahill said there is a 22-page legal analysis attached to his sentencing order, so his verbal comments will be brief.

“What the sentence is not based on is emotion or sympathy,” Cahill said.

Cahill said Floyd’s death has been painful for the community, but “most importantly” for the family.

Floyd’s May 2020 death was captured on video and reverberated across the globe sparking mass protests of racism and police brutality. 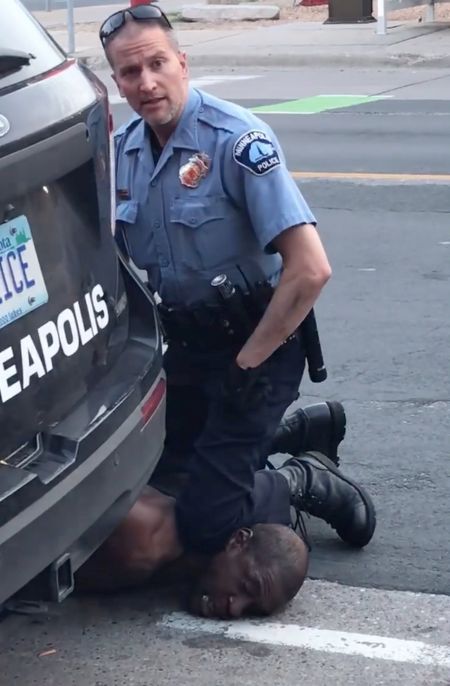 The verdict made him the first white police officer to be found guilty of murdering a Black man in Minnesota.

The 37 Military Hospital has been slapped with GHS1,075,000 in damages for the negligent death of a 27-year-old woman during childbirth in November 2015,...
Read more

15-year-old girl commits suicide over poor exam results, leaves note with names of people who allegedly laughed at her -A 15-year-old lady who studied...
Read more

Mr Drew And Sefa Show Lovely Vibe In Their Hotel Room Ahead Of Party In The Park. Afrobeat singers Mr Drew and Sefa showed their...
Read more

The daughter of former president John Dramani Mahama has sent tongues wagging on social media with new photos of herself just a few days...
Read more

Lady expresses shock as university she did not apply to, sends her someone’s admission letter

A Nigerian lady, Oyin has expressed shock after she got an official email from a university she didn’t apply to. According to Oyin, she noted...
Read more
Load more

Government Should Invest In Our Health Care Systems – Lydia Forson » Newhitzgh.com on Five (5) Footballers Who Own Football Clubs
Diana Antwi Hamilton Beats Tough Competition To Emerge Artiste Of The Year » Newhitzgh.com on Check The Full List Of Winners At The VGMA 21.

Government Should Invest In Our Health Care Systems – Lydia Forson

Popular Ghanaian actress revealed it is important for Government to invest in the country’s health care systems after she listened to the challenges that...
Read more

Check The Full List Of Winners At The VGMA 21.

Five (5) Footballers Who Own Football Clubs

When it comes to sports likability among diversified regions of the world, football will always be among the top positions on the list. And, it...
Read more

KiDi Reactions After Missing Out On VGMA Artiste Of The Year Highlife and Afrobeats singer, KiDi has reacted to his missing out on the artiste of...
Read more

NewHitzGh.COM is Ghanaians premiere hub for latest GH hitz and entertainment gists. We seek to take GH music to the outside world 🌎 through a collaborative effort with the Ghana Entertainment Industry (GEI).